Abuses of the Laws of War in Yemen

Posted on 3. December 2015 by salamforyemen 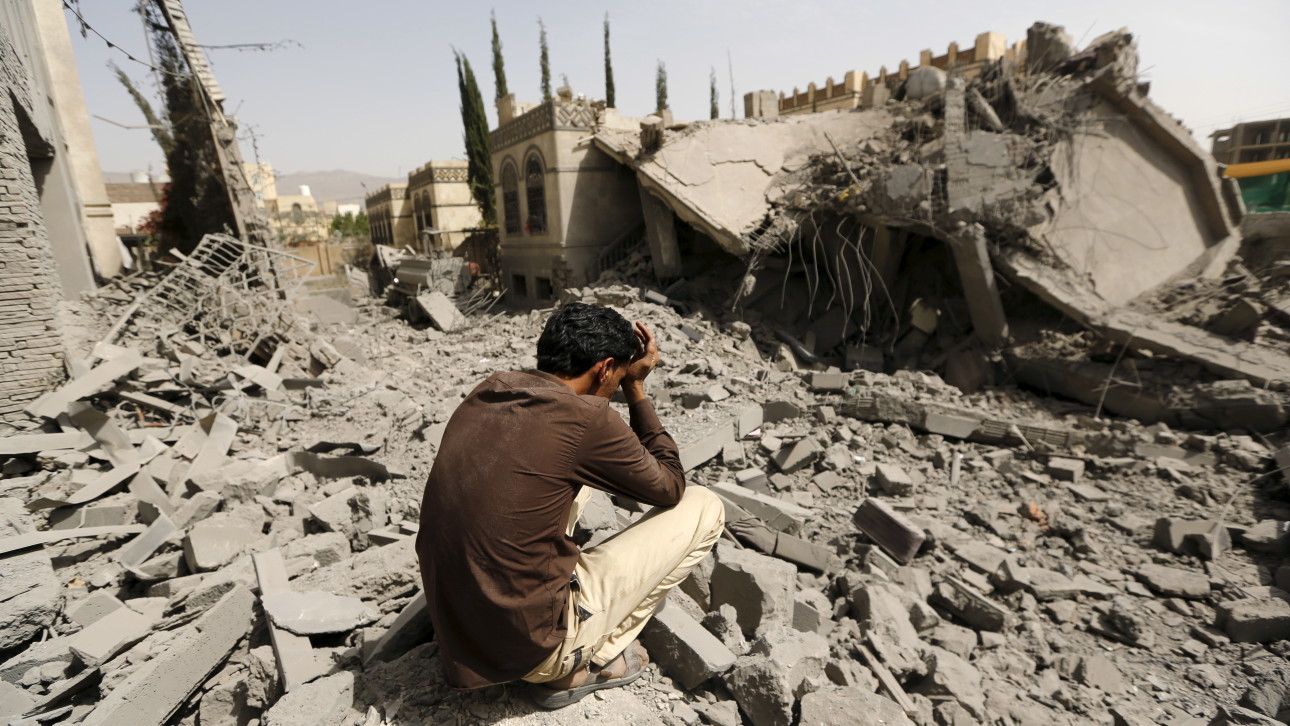 Abuses of Laws of Armed Conflict and Human Rights in Yemen

Violations of human rights and the rights of law appear to have been carried out both by the Saudi-led international coalition and the rebels in the country. While not all civilian casualties indicate laws-of-war violations, attacks that deliberately target civilians, that do not discriminate between civilians and combatants, or that cause disproportionate loss of civilian life or property, are all unlawful.

Human Rights Watch’s 73-page report, “‘What Military Target Was in My Brother’s House?’: Unlawful Coalition Airstrikes in Yemen,” examines in detail 10 unlawful coalition airstrikes (10 of 13 coalition strikes between spring and late summer) that killed at least 309 civilians and wounded more than 414 civilians. The coalition has conducted more airstrikes since, notably the one that killed 131 civilians at a wedding.

Borrowing from Amnesty International findings, I hold that these airstrikes were breaches of the Geneva Conventions since “treating an entire city or region as a military target, even if there are military objectives located within the area, violates the prohibition of indiscriminate attacks”.

Although Saudi Arabia had warned the residents of the cities in question (Sa’da and Marran) of upcoming airstrikes, entire cities can clearly not be designated as military targets.

Many of the coalition airstrikes in the Ibb, Amran, Hajja, Hodaida, Taizz, Sanaa and Sa’da provinces were unlawful since they deliberately targeted or disproportionately harmed civilians individuals and civilian or failed to distinguish between these and military targets. Both Amnesty International and HRW have been able to document that most casualties and deaths were civilian and that airstrikes hit homes, markets, a factory, and a civilian prison, where no evident military target was found. According to the ICRC, 100 hostpitals were attacked in Yemen since march 2015 (yet these incidents were caused by both parties).

Finally, airstrikes violate the arms of law since “the biggest killers of civilians in the Yemen conflict are explosive bombs launched from Saudi Arabia-led coalition aircraft.”

The non-governmental organization Action on Armed Violence (AOAV) found that “the intensity of explosive violence in the country has meant that more civilian deaths and injuries from explosive weapons were recorded in Yemen during the first seven months of 2015 than in any other country in the world.”

Amongst the explosives used are Cluster Bombs, which are banned by the 2008 Convention against Cluster Munition due to the disproportional harm it inflicts on civilians.

Also the old city of Sanaa, a UNESCO-heritage site, as well as other important cultural monuments (spiritual and historic sites) were subject to numerous attacks from the coalition air strikes. Further, key civilian infrastructure like the airport of Sanaa and the port of Hodeidah (important exit points of Yemen and important entry points for humanitarian aid) were bombed over anxieties that rebels receiving weapons through these places. This installed a de-facto embargo for essential imports of life goods and relevant contributors to the threatening lack of food in Yemen. Yet, I hold that we cannot speak of genocide since the accusations that the coalition is acting with the intent to destroy, in whole or in part, a national, ethnical, racial or religious group can be questioned on numerous grounds. However, there are enough grounds to accuse Saudi Arabia and the coalition members of abuses of the Laws of Armed Conflict (Geneva Conventions) and Human Rights that constitute war crimes:

The rationale behind the actions of the coalition are both contextual and deeply rooted. Since the abuses referred to in this memo have all taken place within the context of war, in which a certain degree of Guerilla warfare is deployed by the adverse party, the war crimes state above are to a certain degree contextual. Yet I would argue that Saudi Arabia and most of the coalition forces lack commitment to Human Rights, as for example they have only signed few of the conventions protecting civilians in times of war and peace, and as the state of Human Rights in their own countries indicate. Further, the rational of this war is also linked to the rational of the war crimes: Arab Sunni leaders demonstrating power in the region and no mercy for uprisings and political change.

In recent weeks Media reports have surface that accuse Houthi-Saleh forces of having opened up a front in city of Taiz, and preventing humanitarian aid to arrive there, shutting down a hospital through heavy combat and detaining residents of the city and forcing them to pay for their freedom.

Already this summer, HRW documented that the Houthi-Saleh forces have conducted indiscriminate attacks against civilians in Yemen and Saudi Arabia through unguided rockets and mortar shelling in populated areas. The (pro-)Houthi forces have killed and injured several dozen civilians in Aden and a Saudi city across the border.

As with the coalition’s abuses of Armed Conflict Law, the breaches executed by Houthi-Saleh forces have taken place in the context of war. Yet as Yemen is not part of the ICC treaty and has not signed many other Human Rights Law treaties, the absence of such norms and of the threat of accountability may be deeper causes for the rebels conduct:

The question whether renewed logistical support for the coalition in Yemen transfers some responsibility international law on countries like the USA and UK is more complex. The United States announced on March 25 that it was providing “logistical and intelligence support” to the coalition’s military operations and Agence France-Presse reported that a senior US military official said that the US would provide refueling tankers to assist Saudi warplanes.

On multiple occasions this year the USA has stated that it is upholding its support to the coalition as well as its arms sale (including cluster munition) to coalition members. The USA is not signatory to the Arms Trade Treaty or the Convention against Cluster Munition, therefore we must refer to other documents of international law. International law sets forth no specific criteria for determining when one state assisting another state in a non-international armed conflict itself becomes a party to that conflict.

Human Rights Watch believes this would include when a state’s military forces participate in combat operations, when the state provides a direct role in organizing, coordinating or planning military operations, or when the state acknowledges that it is a party to the conflict.

← Fatima’s Testimonial: Life in Times of War in Yemen
A Chance for Peace in Yemen: The Ceasefire and Geneva 2 talks. →